The Upson family have been captivated by mushrooms for as long as any of them can remember. After establishing Western Australia’s biggest mushroom farm and running it from 1976-1997, the Upsons were keen for a sea change. They left Perth and landed in Denmark in 1997 where soon after, they began construction on their purpose built mushroom growing facility. Graham Upson has been studying and growing mushrooms for over over 40 years and brings his high quality, locally grown mushrooms to Albany Farmers Market each week, including fresh shiitake, oyster and king oyster varieties. Touchwood Mushrooms also produce a range of medicinal mushroom products and Graham can share his knowledge about the health benefits of the many kinds of mushrooms they grow. 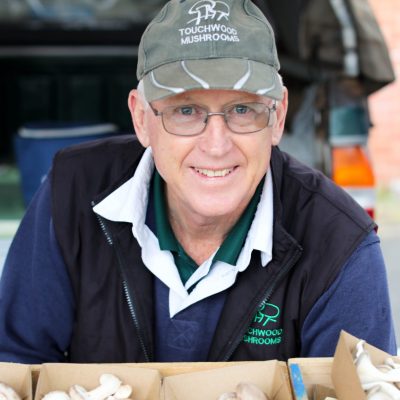